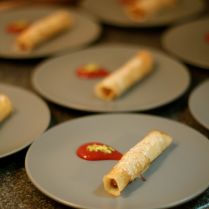 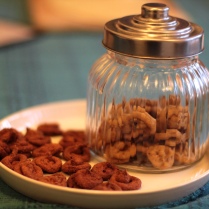 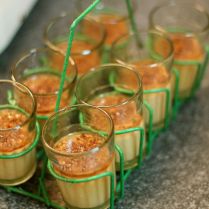 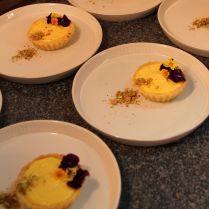 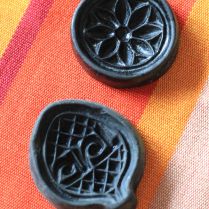 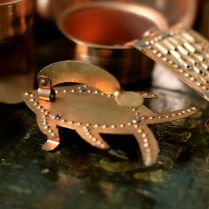 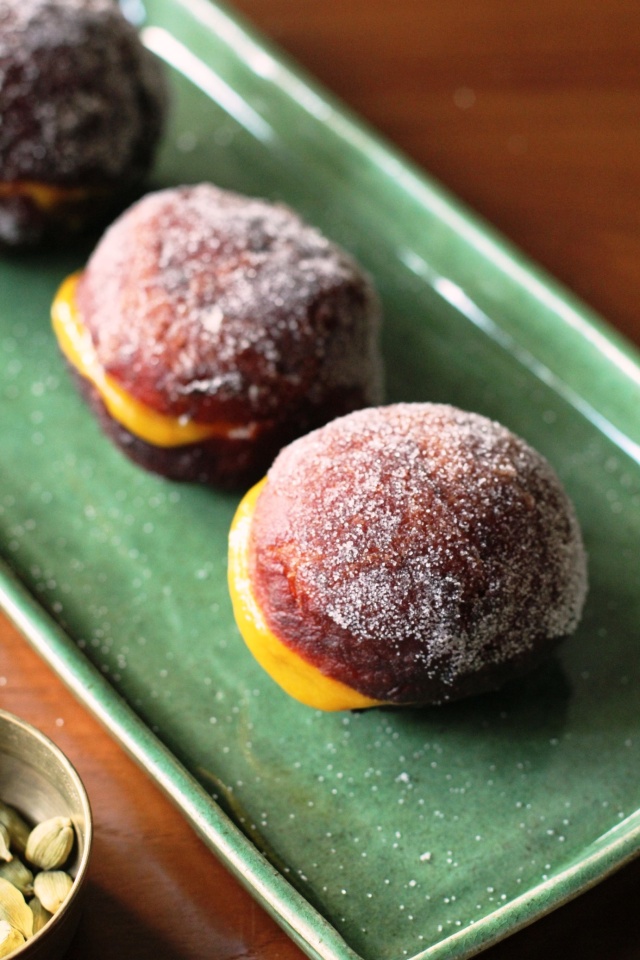 My heart leapt with joy last week when I had my first sighting of the Alphonso mango at Mustafa’s. Not the best quality yet, but there was no mistaking that distinctive fragrance that only the Alphonso carries. And so with a steady supply of my favourite mango now just around the corner, it was time to start working on our summer menu for the supper club, currently cheesily named ‘The Indian summer’. I know, I know – needs improvement. This is just a placeholder…

For the last few days Aniruddha and I have been discussing what dishes to cook. Of course my mango shrikhand tart will make an appearance with some very special tart tins I managed to get designed in Mumbai recently – more on that soon. I am experimenting with a kairiche saar (raw mango soup) and kairi panna (raw mango and jaggery drink) to replace the tomato saar (tomato and coconut milk soup)! I successfully paired a tamarind prawn dish that I usually make with fresh mango – really surprising pairing but it really works. And Aniruddha has been going through his Bengali recipes, many of which will be new for me!

But of course, no summer menu is complete without offering the most popular mango dish in Mumbai – aamras puri. Fresh Alphonso mango pulp or juice flavoured with cardamom, saffron and a little sugar and served with deep fried bread. Utterly calorie dense but sooooo good!

Although it is a simple dish to make at home, for some reason most of my memories of aamras puri are at a restaurant. My grandmother was particularly fond of the dish and during mango season she would always make it a point to go for an aamras puri treat. I remember having it at Samrat in Churchgate, as part of their thali. And sometimes Thackers who used to cater the vegetarian food at the Cricket Club, where my grandparents were members, would also serve it.

As I began to think of bringing it on the menu, the first question that struck me is how do I serve it? Just serving aamras with puri on the side would be fine, since there are few places that serve it in Singapore and many non-Indians have never had this dish. But I wanted to add some surprise by recreating it, as we’ve managed successfully with some of our other dishes. I knew that whatever I came up with, had to have a fried dough element to it, because that taste was integral to the joy of eating aamras puri.

The answer came quite fast – doughnuts! Not the ones with a hole, like Dunkin’ Donuts or Krispy Kreme, but the jam-filled variety. The idea was to replace the traditional filling with an aamras-inspired one. May not be the most elegant idea for a dish but who can argue with the taste of a good doughnut? Having never made one before, I started searching for recipes and almost immediately came across something called malasadas. These are Portuguese doughnuts and the word ‘mal – assadas’ means under-cooked. The search also kept pointing to a bakery in Hawaii called Leonard’s which is famous for their malasadas. Why argue with Google search? 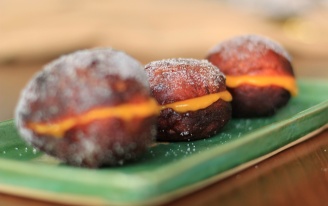 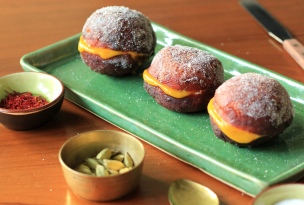 The dough for malasadas is created with bread flour, yeast, butter, sugar, eggs, milk and half & half. I found a recipe for the ones created by Leonard’s but reduced the quantity by 1/3rd and adjusted the half and half with a combination of milk and cream. The dough is proofed first for 1.5 hours, then cut into small golf-sized balls and proofed again for another hour and then fried. The malasadas were an absolute joy to cook. I wasn’t sure if the dough was proofed enough, although it had doubled. But the moment I popped my first doughnut into the oil and it puffed up, I knew I was on the right track. After the first one cooled down I rolled it in sugar and then cut it open. It was a lovely brown on the outside and pillowy soft on the inside.

Link to the original recipe: http://www.saveur.com/article/Recipes/Hawaii-Malasadas

For the aamras filling, I took mango pulp and mixed it with cardamom powder, saffron and a little cream to give it more structure when I piped it into the doughnuts. So I piped the aamras into it, took a giant bite and aloha!! My little experiment with aamras puri seemed to have worked quite well. Improvements for the next time – oil to be a little less hot, so I achieve a more golden brown colour. A thicker aamras filling and more filling per donut. My sister also suggested churros with aamras…something I will try very soon!